As we reported in December 2015, Ancestry.com™ has decided to stop production on it’s landmark family tree software known as Family Tree Maker, “due to decreasing demand”. This took effect on December 31st, 2015. You can see the official announcement at Ancestry to Retire Family Tree Maker Software.

We are happy to report that because of the outpouring of comments, questions and the concerns raised to Ancestry.com™, Ancestry.com™ has announced two new agreements that will make it possible to preserve your work on Ancestry.com and within Family Tree Maker.

The first agreement is with a company called Software MacKiev. Software MacKiev – with whom Ancestry has had a long-standing relationship – is acquiring the Family Tree Maker software line as publisher for both Mac and Windows versions.

The second announcement involves another family tree software called RootsMagic. The news is that Ancestry.com will be working with RootsMagic to ensure that it also has access to Ancestry hints, Ancestry searches, and the ability to save your tree on Ancestry.com.

This is all great news for the fans of Family Tree Maker and RootsMagic. We would suggest that you continue working with Family Tree Maker until these two new options become available. According to Ancestry.com, this should happen by the end of the year.

You can read more about these new options at:
http://blogs.ancestry.com/ancestry/2016/02/02/good-news-for-users-of-family-tree-maker/

In a recent announcement by Ancestry, the landmark family tree software tool known as Family Tree Maker will be discontinued on December 31st, 2015 due to decreasing demand.

Ancestry will continue to support this software “at least through January 1, 2017” though. All features of the software, including TreeSync™, will continue to work until that time. See the official announcement at Ancestry to Retire Family Tree Maker Software. 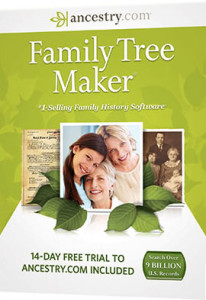 We have used, promoted and supported this tool for at least 15 years or more. It’s been a great tool and we are really sorry to see it go.

Our website has many mentions of Family Tree Maker, and we will be updating this information to reflect this change. We still think it’s a great tool, and are hoping that someone will come along and purchase the rights to continue developing this great software. Stay Posted!

Welcome to the new and improved website for JonesGenealogy.com! We first launched our website in February 1999 and it has utilized basically the same platform and technologies for over sixteen years. In March 2015 we converted that website to a different platform which incorporates new technologies and publishing features.

This change will allow us to update our content and website more easily. In addition, we now have a blog which will allow us to post timely news and updates about the Jones surname, and provide more insights into the world of Jones Genealogy and Family History.

Our website will continue to be enhanced and updated over the next few weeks and you may see these changes from time to time. Naturally, if you bump into any issues or have any comments or feedback about our new website, please contact us.

Thank you for visiting us today, we look forward to seeing you again soon!

For the past few days we’ve been engaged in a rather interesting discussion about the country of origin for the surname “Jones”. Our website talks about how the Jones surname is likely to have originated in England (see Jones Last Name Origins), but not all agree with this idea.

Uncovering the origin of the Jones surname is actually quite an interesting exploration because it involves so many elements including language translations, political environments, cultural norms, and many more challenges that have had an impact on how all names are created and passed down through generations.

Jones Surname Origins
We can rule out the U.S. as the place of origin because the first documented Jones living in America (Virginia) was in the year 1587. This leaves us with England or Wales as the the originating country for the surname Jones. Our research leans toward England as being the source of origination, the reason for this is as follows:

There’s much more behind our research than the above, but this at least gives us a starting point for discussion.

As mentioned before, this past summer I made a trip I made to Cambria, WI – an area that my directly linked Jones ancestors settled in shortly after arriving from North Wales. While in Cambria, I attended the monthly Cambria-Friesland Historical Society meeting at which a native son, Davy Jones, was mentioned several times. The reason for this was that the town had been busy with commemorative events for Davy in both Cambria and Milwaukee, WI.

It just so happens that Davy Jones is a rather infamous major league baseball player who started his career with the Milwaukee Brewers in 1901. Most of his major league baseball days were spent with the Detroit Tigers though, where he played in the outfield along side Hall of Fame outfielders Ty Cobb and Sam Crawford. While with Detroit, Jones played in three World Series.

One of the more interesting tidbits about Davy Jones (other than his excellent baseball skills) was that he was part of a double steal, in which FIRST BASE was stolen. Now, if you know baseball well enough, then you know how puzzling this may sound. I mean after all, normally you’d have to start from home plate in order to steal first base, but a stolen first base did happen and you can read more about this rather interesting play at Wikipedia.

Another interesting tidbit of history that surrounded Davy Jones is the fact that although he was officially retired from major league baseball, he actually ended up making the last out in major league baseball before World War 1. You can read more about this unusual event on the Dan Holmes web site.

Lastly, there is also a bat manufacturing company started by his Great Grandson, Dave Jones, by the name of the Davy Jones Bat Company. Yet another example of Joneses that are leaving their marks in history!!

Last week I attended the PGA Chamionship at Hazeltine National Golf Club in Chaska, MN. It was a lot of fun. We walked the entire course on a warm, sunny day and saw many of the world’s finest golf players like Tiger Woods, Steve Stricker and more. There were also many up and comers like Rory McIlroy and the Japanese sensation, Ryo Ishikawa who at age 17, found himself surrounded by the Japanese press where ever he went.

Most importantly though, there was plenty of attention being paid to some rather famous fellow Joneses that I wanted to mention. They have been responsible for the design and enhancement of this great golf course. These are Robert Trent Jones and his son, Rees Jones.

His son Rees Jones, also a very well known golf course architect, was called upon to continue his father’s work on the course in advance of the 1991 U.S. Open Championship. The 1991 U.S. Open was won by Payne Stewart. For the 2009 PGA Championship, the Hazeltine National Golf course was the longest course in golf major history and played host to almost all of the top 100 golf players in the world.

Like many Joneses, my Jones roots go back to the country of Wales. Not all Joneses have Welsh roots, but mine do and this is why you’ll see more information about Wales and the U.K. on JonesGenealogy.com. Wales is also home to the largest concentration of Joneses, per capita, in the world.

In any regard, this past summer I traveled to Cambria, Wisconsin to explore the area where my Jones Ancestors settled after arriving in America in the mid-1840’s from Wales. I really wanted to get a feel of the area where my ancestors lived over 150 years ago. I also wanted to see the grave marker of my Great Great Grandfather (Evan Jones) in person.

Columbia County, Wisconsin (where Cambria is located) was a popular location for the Welsh to settle after they arrived in the U.S. in the early-1840’s and later. Earlier Welsh settlements were located in the Eastern U.S. (primarily Pennsylvania, New York, Ohio). But, the Welsh that arrived in the U.S. in the 1840’s settled further inland, partially because of the abundance of inexpensive land and partially because they knew of others from Wales that also settled in the same area. The Welsh tended to stay pretty close together after arriving in the U.S.

Before my trip, I contacted the local historians in Cambria, Wisconsin (Jay Williams, Tom Williams) to let them know that I was coming. I provided information about my ancestors to him and they (thankfully) volunteered to take me out to the local cemetery where my ancestors were buried. Cambria is nestled in a small valley, alongside the Duck Creek. At some point in their history, a reservoir was built which now provides a nice lake and city park for the community to gather.

I met up with Jay and Tom (they are unrelated, by the way), and we headed out to the local cemetery. The original cemetery was located on lower ground, but was later moved to higher ground because of flooding. The really amazing part of this cemetery was that of the 1000 or so occupants, about half were named Jones. After some searching, we located the tombstone of my Great Great Grandfather (Evan Jones) who had died in 1859. I verified the dates I had for his birth, etc.. and found his wife’s marker alongside his. It’s always reassuring to see things like this in person.

I really didn’t uncover a great deal of information about my ancestors on this trip, but I did get a better sense of their culture just because so many descendants of the original settlers still live in this area. I highly suggest that if you do have a chance to go back to the original area where your ancestors settled, to do it sooner than later. Thank you Jay Williams, Tom Williams and everyone else in Cambria, Wisconsin. I hope to get back there again soon!